Where Was Ogygia, Isle of Calypso? 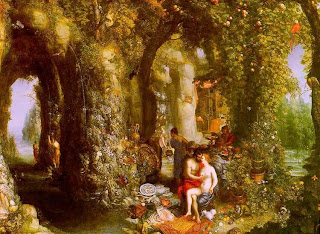 In Homer’s Odyssey, the wandering hero Odysseus spends seven years on the island of Ogygia, as the captive consort of Calypso the nymph. Nymphs, in Greek mythology, were female nature spirits often associated with specific locales. Calypso was said to be the daughter of the Titan Atlas, and so she was also known as “Atlantis.”
The Maltese have long claimed that Ogygia is actually Gozo, the second largest island in the Maltese archipelago. Some say Ogygia was in the Ionian Sea.
The Greek geographer Strabo of Alexandria (64 BC – AD 24), writing some seven centuries after Homer, argued in a critique of Greek historian Polybius that Homer clearly placed Ogygia not in the Mediterranean, where many assumed all of Odysseus’s exploits to have taken place, but in the middle of the Atlantic Ocean.
To quote Strabo:

At another instance he Polybius suppresses statements. For Homer says also, 'Now after the ship had left the river-stream of Oceanus', and, 'In the island of Ogygia, where is the navel of the sea', where the daughter of Atlas lives; and again, regarding the Phaiakians, 'Far apart we live in the wash of the waves, the farthermost of men, and no other mortals are conversant with us.' All these clearly suggest that he composed them to take place in the Atlantic Ocean."

Another prominent classical writer, the Romanized Greek historian Plutarch (46-120 AD), also places Ogygia in the Atlantic. In a fascinating natural history chapter of his Moralia entitled “The Face on the Moon,” Plutarch writes:

Well, I am but the actor of the piece, but first I shall say that its author began for our sake — if there be no objection — with a quotation from Homer:
An isle, Ogygia, lies far out at sea,
a run of five days off from Britain as you sail westward; and three other islands equally distant from it and from one another lie out from it in the general direction of the summer sunset. In one of these, according to the tale told by the natives, Cronus is confined by Zeus, and the antique (Briareus), holding watch and ward over those islands and the sea that they call the Cronian main, has been settled close beside him. The great mainland, by which the great ocean is encircled, while not so far from the other islands, is about five thousand stades from Ogygia, the voyage being made by oar, for the main is slow to traverse and muddy as a result of the multitude of streams. The streams are discharged by the great land-mass and produce alluvial deposits, thus giving density and earthiness to the sea, which has been thought actually to be congealed. On the coast of the mainland Greeks dwell about a gulf which is not smaller than the Maeotis and the mouth of the Caspian sea.
[MYTHOLOGY NOTE: Briareus was one of the three Hekatonkheires, ancient giants of Greek myth who helped Zeus and the other Olympian gods overthrow the Titans. Cronus and other Titans were imprisoned in Tartarus, beneath the underworld, and the Hekatonkheires were set as guards to prevent their escape. Hekatonkheires means “hundred-handed”; these giants were said to have fifty heads and a hundred hands.]

As Wikipedia notes, this passage in the Moralia has created considerable controversy. Some have used it as classical support for Plato’s account of Atlantis in the Timaeus. German astronomer Johannes Kepler (1571-1630), writing in his Kepleri Astronomi Opera Omnia proposed that “the great continent” mentioned by Plutarch was America and he fixed locations for Ogygia and the nearby islands. German classics scholar Wilhelm von Christ (1831-1906) agreed that the continent was America and was convinced that first-century Norse sailors traveling through Iceland, Greenland and the Baffin Region reached the coast of North America.
Others believed that Ogygia, placed west of Britain by Plutarch, could be the Emerald Isle. Seventeenth–century Irish historian Ruaidhrí Ó Flaithbheartaigh (Roderic O’Flaherty) used Ogygia as a metaphor for Ireland in his work Ogygia: seu Rerum Hibernicarum Chronologia & etc (1685) translated into English as "Ogygia, or a Chronological Account of Irish Events Collected from Very Ancient Documents, etc.
There is still no consensus on the geographical specifics of Plutarch’s descriptions of Ogygia, the neighboring islands and the great continent beyond. But the fact that two thousand years ago a prominent historian was speaking about destinations west of Britain in the mysterious Atlantic Ocean certainly deserves closer scrutiny.
Posted by Robert Lebling at 9:15 PM

This blog is named for an early sci-fi novel by under-appreciated Canadian author James De Mille, "A Strange Manuscript Found in a Copper Cylinder" (1888).

The book was unfortunately published after De Mille's death and following the release of H. Rider Haggard's "She" and "King Solomon's Mines." Critics thought De Mille's novel was derivative of those works, but in fact it was written before both of them. It tells the story of a British sailor who finds a "lost world" and "lost civilization" in Antarctica.

De Mille's novel symbolizes for me the importance of imagination in our lives. This blog will celebrate imagination and the quest for new knowledge. I welcome comments and posts of any kind that contribute to this end.

Robert Lebling
Writer - editor - comms specialist. Now a resident of Dhahran, Saudi Arabia, he has lived and worked as a journalist in Cairo, Beirut, London, Jeddah and Washington, DC. Author of "Legends of the Fire Spirits: Jinn and Genies from Arabia to Zanzibar" (IB Tauris, 2010; Counterpoint Press, 2011). Author with Donna Pepperdine of "Natural Remedies of Arabia" (Stacey International, 2006). "The Anomaly": http://www.amazon.com/Anomaly-Novel-Empty-Quarter/dp/1506094317/. Blog on Arabian herbal medicine: http://natrem.wordpress.com/. Blog on the universe: http://rlebling.blogspot.com.